Node.js Vs Python: What's the Difference?

It is extremely important to use the appropriate backend technology in ways that are compatible with the project's use cases. It describes the performance, resource consumption, ease of formation, adaptiveness, and often even the success of a project.

The server-side or the backend, of an application, is the foundation of any project, and the client-side works on it. No matter how great and responsive your front end might look, the application will face its downfall without a strong backend to hold it up.

This leads us to think about a very critical question of selecting one of the two robust backend technologies for a successful project - Node.js or Python?

On the one hand, Node.js is an execution environment, whereas Python is at the top of the hierarchy of programming languages. Let's take a look at the differences. 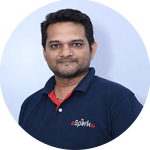 Harikrishna Kundariya is a marketer, developer, IoT & ChatBot savvy, co-founder, Director of eSparkBiz Technologies, A Software Development Company. His 10+ experience enables him to provide digital solutions to new start-ups based on IoT and ChatBot.

Node.js is a server-side platform developed on Google Chrome’s JavaScript engine. It works on a non-blocking, event-oriented I/O (Input/Output) model. It was introduced in 2009. It permits developers to create programs that push real-time data across allocated devices.

Python has been in the field since 1991. Python is an object-oriented, high-quality, adaptable, and multipurpose programming language. Its syntax and dynamic typing, with its explicit nature, make it the most suitable language for scripting. Python encourages multiple programming models, including functional programming and tactical styles.

The Key Differences Between Node.js and Python

Where to use Node.js?

As Node.js is developed on Chrome’s JavaScript engine, it helps to build computing network applications. It utilizes an event-oriented, non-blocking I/O model, which makes it the best language for developing data-intending and real-time applications.

Considering the differences between Node.js and Python, Node.js provides the performance and speed that are required. It's the perfect platform for building messaging and chat applications. It is also helpful in developing heavy-loading applications and e-commerce websites that depend on processing speed.

The most suitable applications with Node.js

When to use Python?

Python contains significant storage filled with open-source data analysis tools, web frameworks, and testing devices. Due to this, its ecosystem is one of the biggest programming communities. Python is the most accessible language for new developers, as it offers several introductory resources.

Python is taught in many universities and is utilized for working with beginner-friendly tools like Raspberry Pi. Considering the differences between Python and Node.js, Python benefits from consistency, stability, and ease of use. It is most recommended for developing scientific applications, huge statistical solutions, and government-level projects.

The most suitable applications for Python

Selecting between Node.js and Python can turn out to be tricky sometimes when you are developing a full-fledged project. The functions and advantages on both sides are outstanding and can block your judgment.

This is why the ideal way to successfully develop your projects is to hire skilled developers who will engineer your plan and create the perfect applications for your business. Alternatively, you can connect to a Node js development company that can provide the perfect solutions for your development projects. 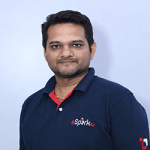 Green IT and Websites

Hendrik
Joey
Joschi
Marcel
Sabine
Claudia
Arno
Pascal & Jan
Hari Kundariya
Not again, yet another Cookie banner!
We know, we know. It annoys us, too. So let's do it quickly: