Do cloud solutions harm the environment?

One of the few positive aspects of the Covid pandemic is the digitalization boost it gives to both economy and administration. However, as the use of digital solutions increases, so does the Internet's share of global energy consumption. Cloud computing in particular is showing strong growth. In this guest article, we would like to explain the part played by the Internet in global energy demand and furthermore focus on the subject of cloud computing. 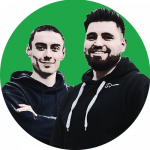 Pascal and Jan are the founders and CEOs of ViOffice. They pursue the goal of a digitized world that simultaneously meets high ethical and environmental standards. ViOffice is a cloud-based office platform that combines a variety of different opensource cloud and office applications.

Consumption of energy by the Internet

In order to fully classify the topic of cloud computing, data waste and digitization, it is a worthwhile to first take a look at the energy consumption of the internet in general. As the internet expands and spreads, this sector now also plays a significant role in the ever-increasing demand for energy. Servers and data centers already emit as much CO2 as the global air traffic. The internet already amounts more than 10 percent of the energy consumed. In more optimistic scenarios, depending on the estimate, this share remains relatively stable at around 10 percent, whereas the most likely forecasts predict an increase to around 20 percent in this decade. As a result, information and communications technology (ICT) is likely to generate more CO2 emissions than any country on earth, apart from China, India and the U.S., by 2025. [1, 2]

In addition, the end devices of an increasing number of end users, such as computers, smartphones and IoT devices, must be taken into account. But what is even more important are the massive data centers used to operate and network these devices. In fact, if these end-user devices are included in the estimate, the share could be well over 50 percent of global energy demand by the end of the decade. [3, 4]

Not only is energy required on the Internet due to the continuous operation of data centers, but also for their cooling in particular. Complex cooling systems are now causing about 40 percent of the energy consumption of the data centers. The pressure of digitization due to the ongoing pandemic is probably also making its own contribution to the increase in CO2 emissions from the Web. More about energy consumption by the Internet can be found on the ViOffice blog.

What is cloud computing?

The use of cloud solutions has become an established part of digitalization in recent years. However, what is a "cloud" and "cloud computing" actually and how is it relevant in the context of global energy consumption?

Following the description of relevant companies in the field of cloud computing, this is the general provision of computer or server resources across a network or the Internet. A comparatively feeble end device, such as a smartphone, can thereby access the computing and storage capacities of an entire server farm on the other side of the world in order, to store large quantities of files, for example, or simply to interpret a voice command recorded by the microphone and translate it into a commensurate action. [5, 6, 7, 8]

Cloud computing is not a niche phenomenon, but a pervasive and rapidly growing technology. According to estimates, in 2019, global revenues for products in the cloud computing segment have reached almost 4 trillion (that's twelve zeros!) US dollars. By 2022, this is expected to increase by at least 10-15%, with the COVID-19 pandemic certainly contributing to further unanticipated growth. [9, 10]

The presumed benefits in the relocation of computing and storage capacities are clearly in scalability and flexibility, but also in cost efficiency for the providers, since not every end device has to handle all tasks alone, but a central server (or a server cluster) can be called in for a wide variety of tasks "on-demand." [5, 6, 7]

Of course, the efficiency gain also has an impact on energy consumption. A well-utilized cloud computing infrastructure, used simultaneously by many different people, can require less energy than more powerful, independent end devices. However, in order to compare the actual difference between the two options, it must also be considered that the amount of data that has to be transferred between the end device and the cloud is not negligible. As previously described, the share of Internet connectivity in total energy consumption can be significant. [11]

Also, it depends on the type of cloud service. When storing data in the cloud, it depends on the quantity and the number of accesses, for example. The more data is transferred between external storage and the end device, the less efficient the cloud is, up to the point where local storage would consume a significant amount of less energy. [11]

The economic and ecological efficiency of cloud computing is therefore inextricably linked to the type and frequency of use. In this context, the problem of so-called "cloud waste" also arises, i.e. the suboptimal use of resources due to over proportionate cloud infrastructure. Whenever computing power of the cloud infrastructure is not used or only partially used (for example, outside the "digital rush hour"), energy is wasted for the basic supply of the hardware. As per estimates, cloud waste in 2019 was between 30-40% due to disproportionate cloud infrastructure and idle hardware. The resulting damage is not only financial but also environmental, especially when the energy mix contains a high amount of fossil energy. [9, 10]

Even though there is at least theoretical potential for efficient energy use through the use of cloud computing, it appears that waste is the current state at present. Apart from this, two basic concepts of IT contradict the idea that cloud computing alone will lead to a more resource-efficient use of computing power.

Following Jevon's paradox, the steadily increasing efficiency of cloud computing will not lead to reduced energy consumption in this industrial sector, but rather to any energy efficiency being outweighed by the digitization of companies and administrations and their use of additional cloud computing. At the same time, Moore's Law suggests that the demands on (cloud) computing will continue to increase so rapidly in the future that server hardware will have to be constantly replaced and replaced on the one hand by more efficient, but at the same time more powerful components, even if not all end devices connected to the cloud would actually require this power. In addition to increasing energy consumption, this then also leads to a constant replacement of server hardware, in which rare and ecologically questionable metals are used due to the way they are mined. [12]

In wide parts of society, the impact of increasing cloud use on the environment is not known, which   means that the first step is to become aware of the problem. If you are already aware of the issue, you can actively contribute to raising awareness in your environment and workplace. If you work in an area that uses cloud services, you can also initiate an internal assessment of the environmental impact of these services.

2. Use of renewable energies

3. Use of efficient hardware

Thanks to the technological progress, the available hardware is not only constantly becoming more powerful, but also more efficient. Thus, switching to modern hardware in server facilities could lead to energy savings.

Not only is more efficient hardware relevant, but also the optimization of hardware usage. Previously, the issue of cloud waste was discussed. This problem can be reduced with the help of optimized hardware utilization. For example, there are systems that automatically shut down physical capacities when utilization is low to ensure efficient use.

5. From the in-house data center to the cloud

Some companies operate their own data and data centers instead of relying on external cloud solutions. Depending on the energy source, efficiency and optimization of the hardware, this may well make both environmental and economic sense. However, not all companies have the capacity to reasonably implement these criteria. In such cases, a switch from the company's own infrastructure to external cloud service providers should be considered.

So let's summarize: First of all, awareness of the problems surrounding the environmental compatibility of cloud use should increase. For more environmentally conscious digital data management, there are options for sourcing electricity exclusively from renewable energy sources from appropriate providers, as well as using modern, energy-efficient hardware. In any case, company data should also be managed in an organized manner - keeping an eye on space consumption not only saves money, but also avoids cloud waste.

What else can you do to optimize disk space usage? 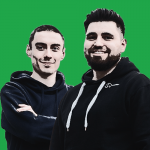 Founders and CEOs of ViOffice

Improve your file search in Windows

Hendrik
Joey
Marcel
Claudia
Arno
Sabine
Joschi
Pascal & Jan
Eva
We don’t use marketing cookies. Functional cookies ensure a smooth performance of our website. If you continue to use our services, you agree to the use of cookies. Data protection at JAM OK