The Worker Threadpool in ShellBrowser Delphi

Our Worker Threadpool provides a fully managed pool of worker threads to handle tasks or work items asynchronously. By maintaining a pool of threads instead of starting a thread for each task:

The number of available threads is tuned automatically to the computing resources available to the program.

We’ve used the thread pool internally for years under the hood, but with some refactoring that has recently taken place, we thought that it might be interesting outside ShellBrowser, too.

So, with the following text, we hope to give you enough insight and examples to give it a try with our ShellBrowser Delphi Components.

In ShellBrowser, to use our Worker Threadpool or run the code samples below, simply add the unit Jam.Threading to the uses clause.

Using ShellBrowser there is always one global Threadpool instance, that is accessible using TWorkerPool.GlobalInstance.

However, you can also create new threadpool instances.

Using the Priority argument, you can determine if the work item should be queued at the beginning (TPriority.Highest) or end (Priority.Normal) of the work items that are already waiting for being processed. Thus, this option also allows to implement a LIFO or FIFO approach in a Thread Pool.

In the first argument, you pass an instance implementing the IWorkItem interface. You can implement your own work items but for ease of use there are some predefined WorkItem types. We’ll start out with these.

The “TAsyncProcedure” is a simple WorkItem that can take two anonymous procedures: the first one is executed on one of the threads provided by the threadpool. When the work item has finished, another procedure is called in the main thread.

This simple example illustrates how to send an email asynchronously using some TMail class:

The mail is sent in parallel via the threadpool, and when finished the UI is updated in the main thread. Note, that there is no need to free the TAsyncProcedure instance that is created. Like all work items we’ll introduce, it is ref-counted and will be cleaned up automatically when there is no reference left.

The middle “ICancellationIndicator” parameter, that is passed <nil> in the example, will be explained a little later.

A future can be used to calculate a result value asynchronously while doing other work in the current thread. Accessing the result value of a future using its Value property will block until the result was finally calculated.

In this example, we will check if a path is accessible. This usually takes only a few milliseconds, however, if the path is a network drive that is unreachable, the underlying Windows API call may block for 10-30 seconds. Doing this in the main thread can cause freezes in the user interfaces.

And how to use this class:

// Prepare something else that takes a while ...

ShowMessage('The given path does not exist: ' + pPath);

This time we have created a subclass of TFuture with all needed methods implemented.

Here is a similar example using an anonymous function again.

ShowMessage('The given path does not exist or could not be determined in time: ' + pPath);

Use the “TFuture<TResult>.Construct” method for anonymous implementations. Also, instead of potentially blocking the GUI Thread using the IFuture.GetValue method, a timeout of 1s is given via the TryGetValue method. This can be helpful if the program can safely continue with a default value. The function returns a TTaskStatus as indicator if it has completed correctly.

TFuture and TAsyncProcedure have a shortcut, that automatically uses the shared global thread pool. So, instead of the above, you may also write:

How to implement an IWorkItem

All tasks or work-items that are added to the Worker Threadpool need to implement the IWorkItem interface. We’ve already seen a custom implementation of TFuture in the preceding example.

If neither the TAsyncProcedure nor a TFuture fit your needs, you can implement your own work item class. The easiest way is to derive from our TBasicWorkItem class. The main difference to a Future is that a work-item can fire a callback event when its work is finished.

We will now implement the previous task as IWorkItem that calls a callback at the end.

And how to use this class:

The callback is automatically called synchronized in the UI Thread. This can be configured but is useful in most use cases.

Note, that for simple use cases like this one, there is no good reason to go for an implemented WorkItem instead of using the anonymous TAsyncProcedure version or TFuture explained before; however, there might be more complex use-cases, that can be encapsulated nicely using a subclassed WorkItem.

In the preceding examples, we have assumed that the process is still running when a work item has finished its asynchronous work, and also, that the result is still welcome when the asynchronous part is done.

This is of course not always true. CancellationIndicators or a CancellationToken can be used, to cancel tasks that are still in the queue or that are currently being processed. No methods or callbacks are executed on cancelled work items.

By supplying an ICancellationIndicator the work of one or many work-items can be aborted in a proper way. There is only a single boolean function named IsCancellationRequested to be implemented:

Alternatively, you may use our rich record type CancellationToken. It has a Cancel() method that signals cancellation and a Reset() method which resets its state for re-using it.

// Do some work and supply fCancellationToken where an ICancellationIndicator is needed

Using an own Worker Threadpool

When to use an own Threadpool

Reasons for using an own threadpool can be:

How to use an own Threadpool

The settings are self-explaining. The custom thread pool we have created will always run exactly two threads that can handle work items assigned to it.

A lot of the functionality and concepts introduced here will look familiar if you have worked with RAD Studio’s Parallel Programming Library.

In addition, there is support for cancellation tokens, affecting work items queued or running; a procedure that runs synchronized in the main thread after a work item has finished; configuration options for the thread pool, such as MaxCPUUsage or the control of priority for each work item.

Please don’t hesitate to give it a try and share any feedback or suggestions you have. We are happy to consider it in future releases of ShellBrowser. 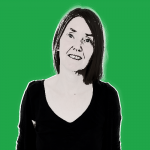 What are the most popular TreeSize Features?

Hendrik
Joey
Joschi
Marcel
Sabine
Claudia
Arno
Hari Kundariya
Pascal & Jan
Not again, yet another Cookie banner!
We know, we know. It annoys us, too. So let's do it quickly: