A critical hard disk error means - at least - the loss of valuable time. Your administrator has to replace the damaged disk, until a replacement has been found you have to switch to another working space and all work not caught by a backup or version control system has to be redone.

You can prevent this!

ServerSentinel enables you to read the producer-specific S.M.A.R.T. values (Self-Monitoring, Analysis and Reporting Technology) of your hard disks and gather valuable information regarding, for example:

Interpreting these values can help you determine whether a hard disk has reached the end of its life cycle and a replacement is in order. Many manufacturers provide thresholds for their products. If a value drops under the minima that is specified by the manufacturer, an error might be imminent.

ServerSentinel compares the gathered values with the thresholds and thus monitors your hard disk. You receive a warning (e.g. via email or text message) if a value reaches or breaches a threshold and can take measures to prevent a critical failure. ServerSentinel can even start a backup software and create a backup of the hard disks content. 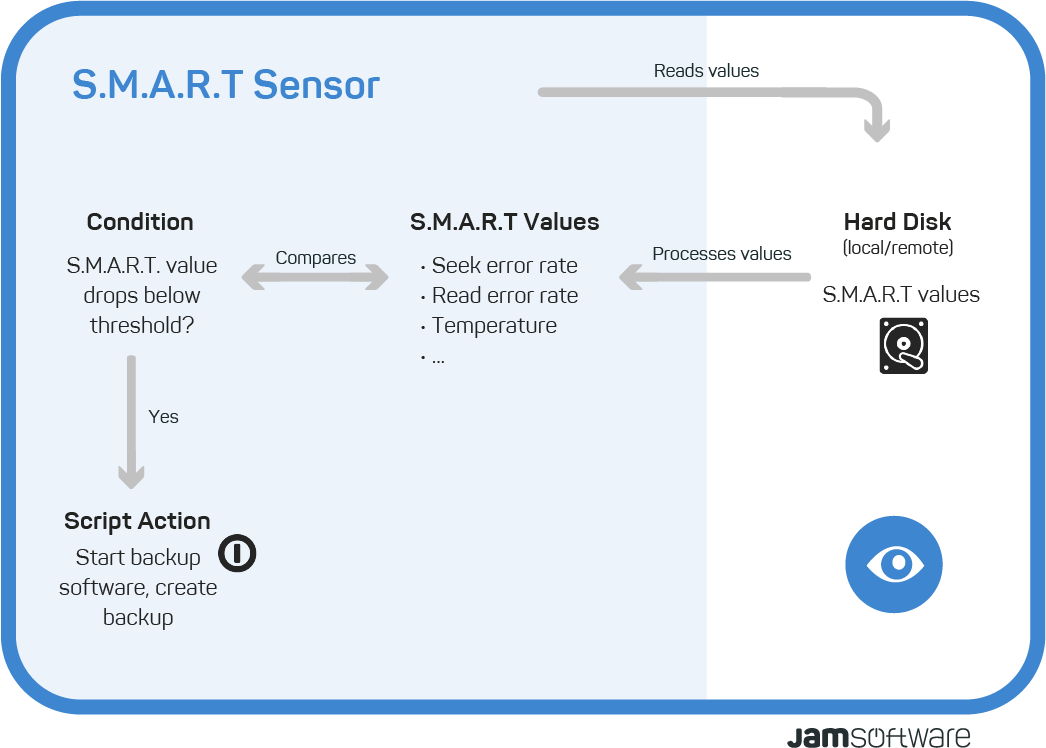 To prevent false alarms if a client PC is shut off - e.g. outside of business hours - you can define "exclusion times". During those periods, ServerSentinel will not check for errors.