How much free disk space does my smartphone really have? How much space do my Spotify playlists occupy on my tablet? Most users ask those question once they realize their SD card is filled to the brim and their smartphone won't save the last picture they took.

Built-in tools are helpful for checking which app consumes how much space, but they won't tell users the exact amount of disk space used by folders and files. Disk space managers running on computers are ideal for this kind of work, but they only work if a mobile device connected is recognized as a drive. Since most mobile devices and digital cameras use the MTP (Media Transfer Protocol), most disk space managers are unable to scan them.

TreeSize Free offers not one, but two solutions.

TreeSize Free will scan mobile devices connected to your computer via the MTP. Android, Windows Phone, or iOS - TreeSize Free finds and scans your device! 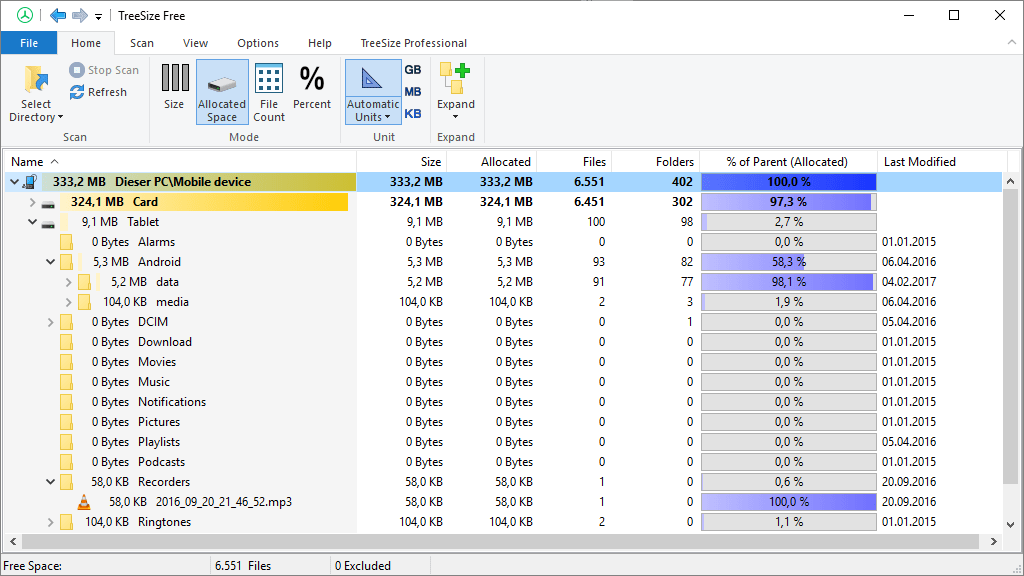 Your Android mobile phone is always connected to your WLAN? Then that's the way you want to scan it! 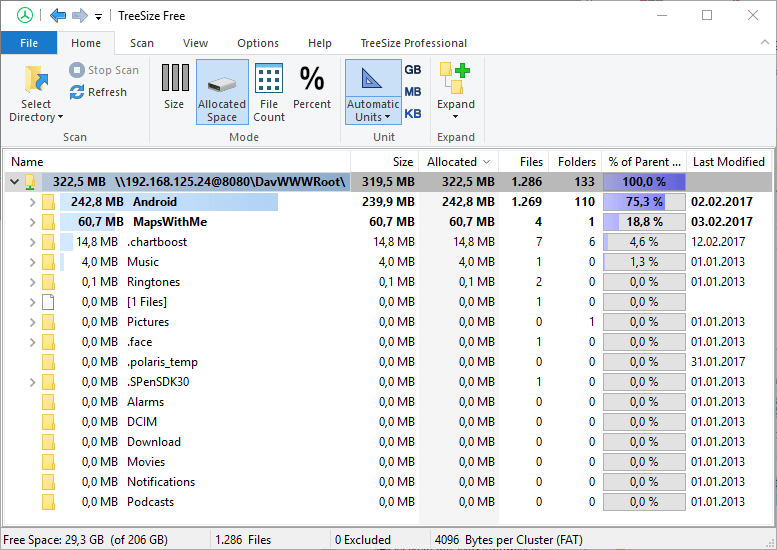 Learn more and start your free trial!
Not again, yet another Cookie banner!
We know, we know. It annoys us, too. So let's do it quickly: