The TreeSize duplicate file search found a number of duplicates - what to do next?

In addition to move or delete duplicate files, TreeSize offers you to replace files with identical content using NTFS hard links: the deduplication feature. TreeSize will replace the selected duplicates by hard links that all point to the same physical data on your drive. Doing so, unlike similar tools, TreeSize will not report hard links as duplicates. 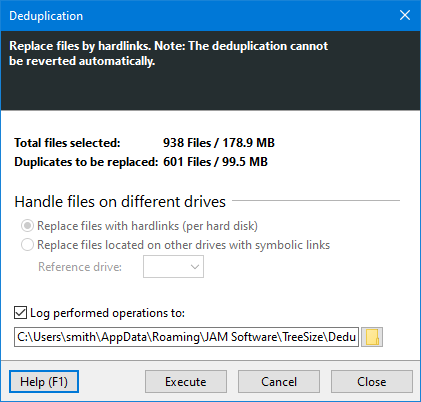 The Deduplication dialog will show you how many files you are going to deduplicate and how much disk space is reclaimed that way. It also allows you to define if and where a log file containing information about the performed operations is to be saved.

Duplicate searches and deduplications can be planned as scheduled tasks via an easy-to-use interface in the Professional Edition.

Find out how to search for file duplicates

A construction company has a folder for each project that they are carrying out. Each project contains lots of PDFs with specifications and standards, many of them are used in various projects and so are true duplicates. Every month the company scans for such duplicates and replaces them with hardlinks. That way the company saves many gigabytes of disk space on their server. How? Find out on out Blog. 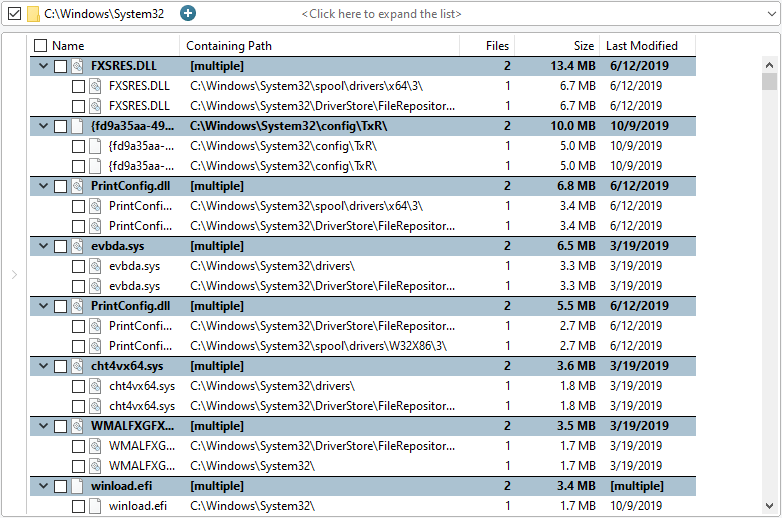 Read the complete article on the JAM Blog

With TreeSize, we offer free a 30-days trial. Scan your, for example, local system or network storage for duplicate files and remove them safely using TreeSize. Check it out!

Get the TreeSize trial
We don’t use marketing cookies. Functional cookies ensure a smooth performance of our website. If you continue to use our services, you agree to the use of cookies. Data protection at JAM OK